Royal Borough of Greenwich has a total area of 4,734.50 hectares. Of this, 0.58 hectares are designated greenbelt (that's 0% of the borough's total area).

The map below shows the distribution of designation green belt land within Royal Borough of Greenwich, together with those areas which are both green belt and within the ITP London Plan small sites policy H2 zone (either 800m from a station, high street, or PTAL 3+). 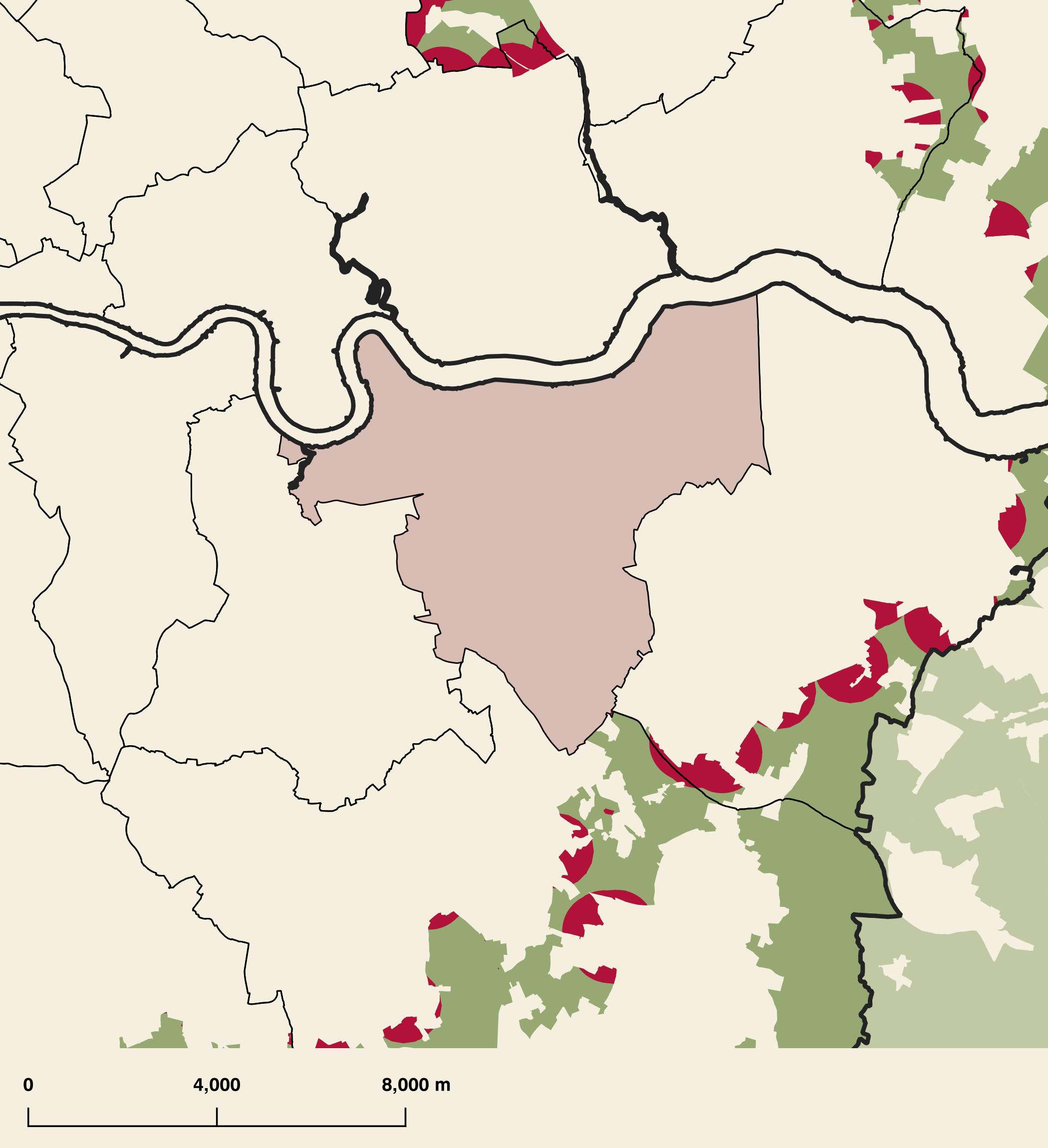 According to the Intend to Publish version of the London Plan, 66.93% of Royal Borough of Greenwich's area falls within the Policy H2 zone; that is either 800m from a high street or station, or in an area with PTAL 3 or more. Some of this area also coincides with designated green belt: there are 0.36 hectares of land which are both green belt and within the Policy H2 definition.

Please note that this site is still under development and the figures shown above should be treated with caution. Please drop us a line at contact@rcka.co.uk if you spot any errors. Obviously we can't take any responsibility for the information displayed on this site, so you are advised to independently verify anything you want to rely on.